How did the COVID-19 outbreak impact the mobile application market?

For the past few weeks here in Belgium, as everywhere else in the world, we have been living through an unusual situation.

Many countries decided to confine their population to contain the spread of this epidemic, obviously, these are not easy measures. Thus, a major part of the population is doing its best to comply with the safety instructions.

Having that said, we can see that this particular situation strongly affected the mobile applications market because when a whole population is confined to their homes, they have to find ways to continue living. One way or another.

Let's see how smartphone usage and application consumption have evolved over the last few weeks according to App Annie's special report.

Obviously, video conferencing applications, such as Zoom, Hangout, Microsoft Teams, and Slack have experienced a huge spike in terms of download over the last few months. Indeed, although confined, life has to go on, and we have to, somehow, keep working. These powerful applications are helping millions of workers maintain their professional activities but also stay in touch with friends and family. (Who's in for a Beer conference call today?🍺)

In Belgium and many other countries around the world, the number one ranked application at the moment is Zoom. As we can see on this graph just before the start of the containment in Belgium, the application has seen its popularity increase drastically.

We can imagine that with these events, real changes in our habits will take place once this crisis is over. Perhaps more work will be done at home which would have beneficial effects on the planet by reducing our carbon footprint. Still, this phenomenon also shows the willingness of the population to stay connected, despite the obligation to stay at home.

While for the majority of us it is important to stay at home, doctor’s and nurse's daily routine has become very hard. It is worth remembering that they do an admirable job.

It's also important to think about delivery services that still operate and deliver our population. As all shops are closed most people now order everything online. By taking a closer look at the Belgian app ranking, we'll find Bpost Mobile Postcard.

Indeed Bpost has put on the stores an application for creating postcards. We observe that it has been a great success since this confinement. The app lets you create and customize your own postcard via the app. Bpost takes care of printing and delivering it.

Far away from your loved ones, this kind of attention allows you to stay in touch with them by merging modernity and tradition.

When was the last time you hit the gym? Can't remember right? Forced to stay at home for so long, the slightest pretext to go out becomes a breath of fresh air. In this context, we noticed that some people have discovered a passion for running (even people who had a Gym subscription but never went to the gym 🤫)

This is why among the applications that stand out in this period, we notice that Strava running application is very successful.

Strava has become over time the number one app for runners and cyclists around the world. Created in 2009, Strava has become a must-have, thanks to its simplicity and intuitiveness. On top of being a running application, they implemented a social dimension. Strava works also as a social network. You will find clubs that you can create or join, follow your friends, family or other athletes around you or on the other side of the world.

Accustomed to the top 10 in the Health and Fitness category of the app store, since the confinement, it's simply the most downloaded app in its category.

We can also note that running apps (Runkeeper, Runtastic,...) have seen a jump in the rankings as well as fitness apps (FitCoach, 30 Days Fitness Challenge)

Entertainment during the containment

Game applications have also seen a major increase during this containment. Quite simply, the Q1 of the year 2020 saw the largest spending in terms of apps with $23.4 billion in consumer spending. Compared to the last quarter of 2019, weekly application downloads increased by 30% in March 2020. 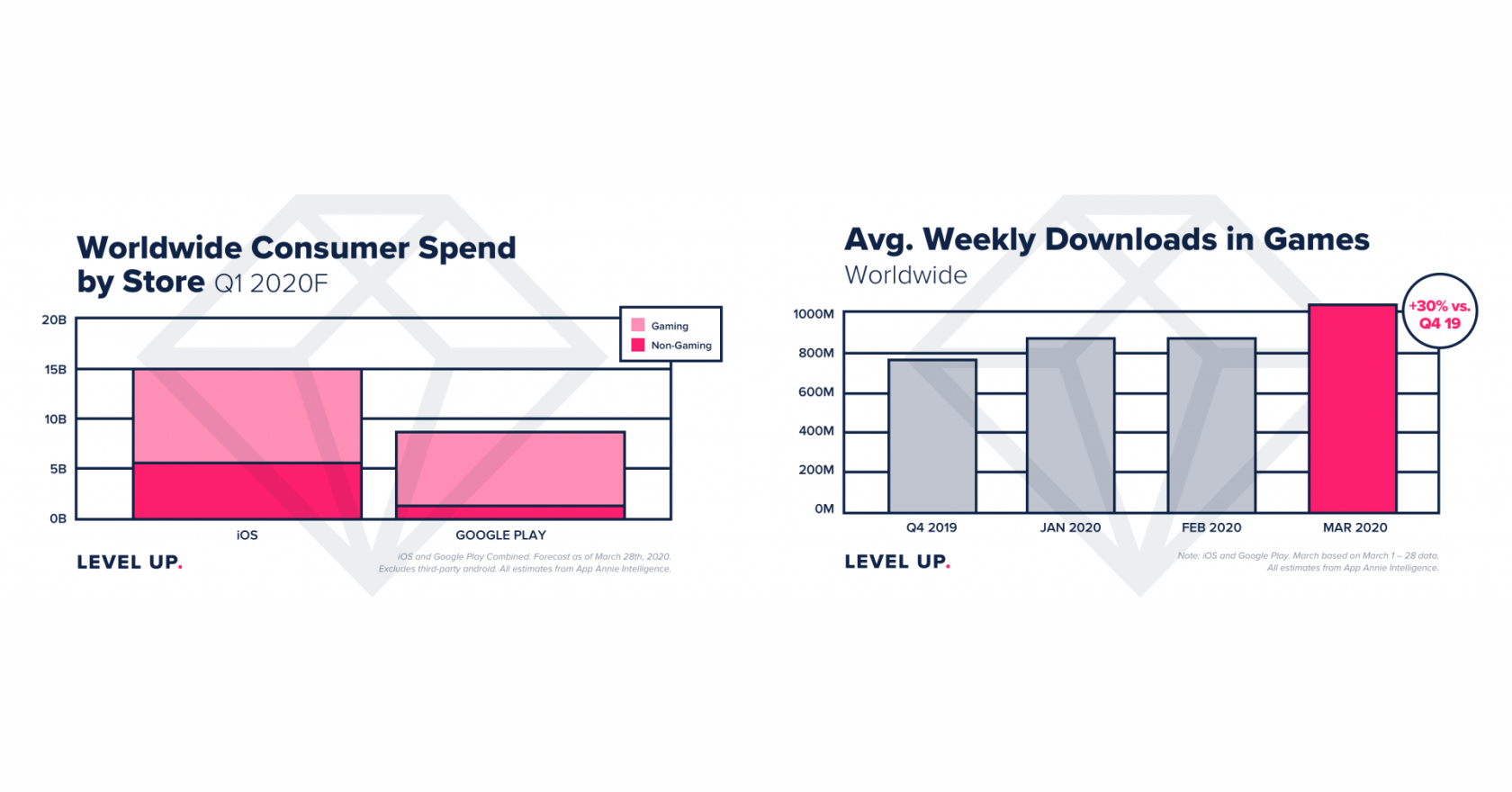 Staying at home for so long can become very boring. We notice that some smartphone users have a desire to keep busy and stay entertained during this confinement more than ever before.

It's interesting to see the changes in behavior during this difficult period and we can see how smartphones have taken up space in our lives and have become a very useful tool in the way we manage crises such as this one.

We hope that this epidemic will soon be behind us, and it is certain that there will be a before and an after to this event.

PS: If you have time to kill, discover our other blog posts: https://nightborn.be/blog